Colorado’s IT Recruitment and Placement Firm

VeriCour is an Information Technology placement firm that connects outstanding technology professionals with the right organization. Our process starts by understanding the unique challenges of our clients to help determine the type of individual that will provide value in supporting their business initiatives. Our focus is on quality, excellent customer service and long-term partnerships.

We are a local company in the Denver Metro market and meet with all of our candidates prior to sending them to our clients’ hiring managers. This allows us to ensure that candidates are not only a technical match, but also a cultural fit for the company and team. We believe this is paramount in placing long-term, productive employees on our clients’ teams. 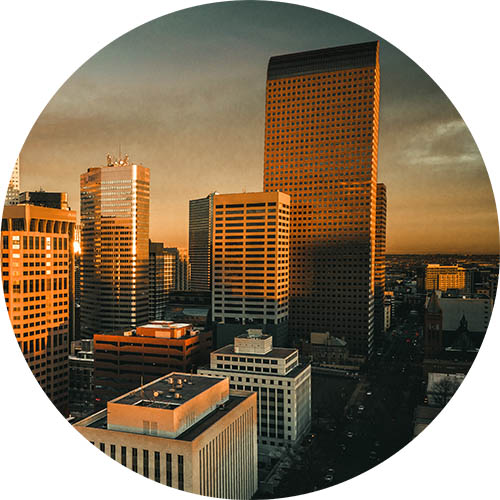 We provide contract, contract-to-hire and direct placement services in the following areas:

Nicolette is a great recruiter! From the beginning she wasn’t just interested in selling me the job, but was also interested in hearing what I was looking for in a position. She was attentive and made the process extremely easy. In the future, I will send any friends and co-workers searching for opportunities her way!

Gail is a thorough, intelligent and compassionate recruiter and manager. She strives to find the very best fit for both client and candidate. Her upbeat and professional style along with the results she produces make Gail a valuable member of your team.

For those wondering about the entire process, as I mentioned it was very professional. After an initial phone call, we set up a quick in person meeting to go over the role, and for both of us to get a feel if it would be advantageous for us to move forward with a phone interview. Shannon worked with me on what questions might come up, as well as sent me some background information on the people that would be interviewing me. After the interview, I received positive feedback Shannon and she let me know about scheduling the in-person interview, as soon as she had heard back from the hiring manager.

On the day of the in-person interview, I met with one of Shannon’s colleagues to further review the opportunity, as well as the hiring manager and process. This was very helpful in my understanding of the principals that would be interviewing me. After the in person, Shannon kept me informed at what was happening in the process, as further approvals had to be made from the company before they could send me a formal offer.

In the end, the communication that Shannon and VeriCour provided was fantastic. There was not a point along the process that I was not in the loop as to what was occurring, and what I could expect. Not only would I recommend both Shannon and VeriCour, I would suggest that more recruiters should follow their example.